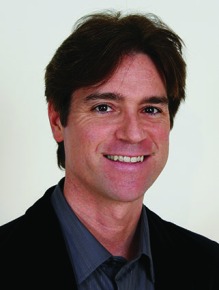 I like how flash can be a story, a glimpse into one, a hint of one. Or something else. How it can sneak up on you in that anything-but-mannered way it has and say, “here’s this thing I don’t know if it’s flash or a prose poem or a story or what but it’s pretty short and maybe you’d be interested in reading it?” How with flash you can snuggle within a moment, unravel it, wiggle within it or sling-shot out of it and not necessarily finish what you started. Or sort of started. I like how freeing flash (or whatever) can be as a result.

I also like how present flash feels. The now of it. I love the music in it, or the music it can have in it. How flash begs you to play — with language, with structure, with expectations, with everything. How it pushes you to let (coax? force?) readers feel the space between the tones. And to fill in the blanks as they see fit.

It’s usually voice. Almost never and maybe never plot. The voice or character can take me somewhere, possibly toward a plot or a semblance of one. But not necessarily.
Writing style: Quick and messy or slow and precise?

Usually quick and messy. Sometimes quick and precise. Almost never slow — if something feels like it’s dragging or going to be a drag, I’ll punt. For me, flash can be just as much the experience of writing the thing as it is the thing I end up writing. It’s a moment or a feeling that might represent something MORE, and if I don’t get the whole thing down or at least the melody line relatively quickly, I’ll lose it. Or so I tend to think.
What element or part of your “real life” do you think most influences your writing?

The uncertainty of everyday life and a belief in possibility. For me, they’re linked. Listening to people not listening to people — what that sounds and looks like and feels like — definitely influences my writing. So does love. Love and its lack. Kids who matter-of-factly ask questions (“Why do I have to understand what you’re saying?” … “Why are you always like this in March? … “Is this boring?”), Ho Hos flavored lip balm and the Stax recording “I’ll Run Your Hurt Away” by Ruby Johnson influence it, too.
If you could recommend a few flash stories or writers, who/what would it be?

Cathy Ulrich. Melissa Goode. Kathy Fish. Leesa Cross-Smith. I could wax about their work at length and certainly have in short, Twitter strokes — to their chagrin, I imagine. What they see. The moments they choose to snuggle inside of. What they say and don’t say. What they stir. How they stir. What they’re always always always able to evoke. They’re writing things only they could write, and there’s magic in that. Their work also does something more to me — to my heart, I think. But there are a lot of writers of flash (or whatever) whose work I’d recommend. There are so many who knock me out.

Richard Brautigan, Donald Barthelme, Lydia Davis and a flutter in my brain brought me to this short, sudden, segmented, “otherwise unclassifiable” land. Cathy, Melissa, Kathy, Leesa and others whose work I love make me want to hang around if only to see where and how they push things.
What story of yours do you wish got more recognition?

I’m grateful if people read any of them.

BIO: Pat Foran is a writer in Milwaukee, Wisconsin. His stories have appeared in WhiskeyPaper, Gravel, Bending Genres, The Disappointed Housewife, formercactus, FIVE:2:ONE #thesideshow and elsewhere. Find him on Twitter at @pdforan