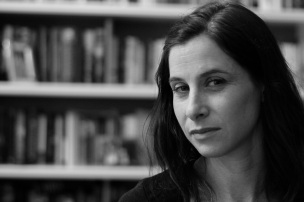 I received Black Tickets as a gift from my first undergrad workshop instructor, the fearless and scary smart Lucy Corin, and that generosity – with her notes in margins – affected me deeply. (I’ve since hijacked that practice, and give books to my students at every semester’s end.) I was 18 and my god how I needed “Strangers in the Night:”

“Eating, she thought about sex and chewed pears as though they were conscious.”

Jayne Anne Phillips’s collection is largely what drove me down this potholed path although it would be another 20 years before I really began writing with any kind of purposeful compression.

I came to flash (or flash came to me) out of necessity. It was 2009. I had babies. I was shit. I could barely finish a sentence let alone sustain any lengthy narrative. But could I tell a story in 500 words? 1000 words? Flash demands you get in, get out. There’s no room for bullshit – or neurosis – when urgency + time are the dictates. On those days when the choices were shower or write, and the writing won out (to the chagrin of those who smelled me) I found I could crank out something rough but honest enough to whittle down and play around with later. Flash flexed a natural, undiscovered muscle.

Even when I’m not writing, or not writing flash, or losing years to an unruly novel – I find short form fiction to be the most nourishing as a reader, and most exhilarating to study and to teach – all the magic that occurs in miniature must hold true for the success of literature in any form. Universe in a grain of sand, no matter the size of the grain.

The extent to which character + desire = plot, I’d say desire. Want is the imperative and it is impossible for me to write without it. Even if the character denies, disavows, or remains at psychic odds from their own urges, that pulse is prerequisite for story.

I’m chasing down that want, so it’s longhand, fast and ugly. Catch it, however, I can. If the energy’s intrinsic, there’s no choice. (On the flipside: I can’t force a hollow.) But then I’m an obsessional editor. Dissatisfaction persists. Until a proof is wrenched from me, I’ll keep slashing for language, rhythm, concision. Editors probably hate me, but there’s always a better, more penetrative, more precise way to say it. Even after publication, my fingers itch. My collection is an embarrassment of ink.

It all goes into the pot. Body and mind are as inextricable as real and imaged life. To be clear: I write fiction. But if we aren’t drawing from the world, our lives and all that swirls through us: memories and obsessions, curiosities and histories, hopes and worries, public and private humiliations, past and present traumas, the mundane and the extraordinary, the internal, the observed, the overhead, and everything in between, everything we consume, everything that haunts us in the night, the stuff of nightmares and dreams, what are we doing? It’s funny, in a kind of preposterous/maddening way, whenever I meet people who’ve read my work and they’re like: “you’re so nice in real life.” But I guess I keep my freak flag tucked in at the bake sale or whatever.

If you could recommend a few flash stories or writers, who/what would it be?

One of the best things about my twitter feed is how it curates a constant, inspiring stream of new work, with links to wonderful stories (I can never keep up!) and journals and incredibly talented writers to treasure and discover. It is such a thrilling time for flash fiction, and I’m blown away by how fresh and transformative the work is that’s coming out right now. I want to shout every name from the treetops, every brilliant name, but I imagine there’s a word limit to this thing, and if you’re on the internet, you know who you are, I’m teaching all of you, and learning so much as you continue to explode the form, stretch it and showcase its infinite possibilities. I know it’s been said, but the word “flash” is a misnomer, as it connotes ephemerality – whereas quality flash will take up root inside us, sprouting leaves and limbs, living on, unshakable.

Yours by Mary Robison

The Bed Moved by Rebecca Schiff

Five Sketches of a Story about Death by Leesa Cross-Smith

My Wife in Reverse by Stephen Dixon

Amy Butcher’s Women These Days is a nonfiction flash that wrecks me.

And Kathy Fish’s forthcoming WILD LIFE should be beneath every pillow.

Sure, there are pieces that ran in now-defunct journals; longer stories in print that died a swift paper death. But it’s less about recognition than resonance. I haven’t been writing much flash lately but I’m so goddamn grateful whenever anyone chooses to read anything I’ve ever written. I mean, this world. All that demands our energy. If someone takes the time, you hope for that echo, that you/me moment, as it is a sort of love, but also know the story once released becomes its own thing. It’s not yours anymore. I tried to write about this in a Wigleaf postcard once.

BIO: Sara Lippmann‘s collection, Doll Palace (Dock Street Press) was long-listed for the 2015 Frank O’Connor International Short Story Award. She was the recipient of an artist’s fellowship in fiction from NYFA (New York Foundation for the Arts) and her work has appeared in Slice Magazine, Fourth Genre, Diagram, Midnight Breakfast, and elsewhere. She teaches creative writing at St. Joseph’s College in Brooklyn. Find her @saralippmann or saralippmann.com